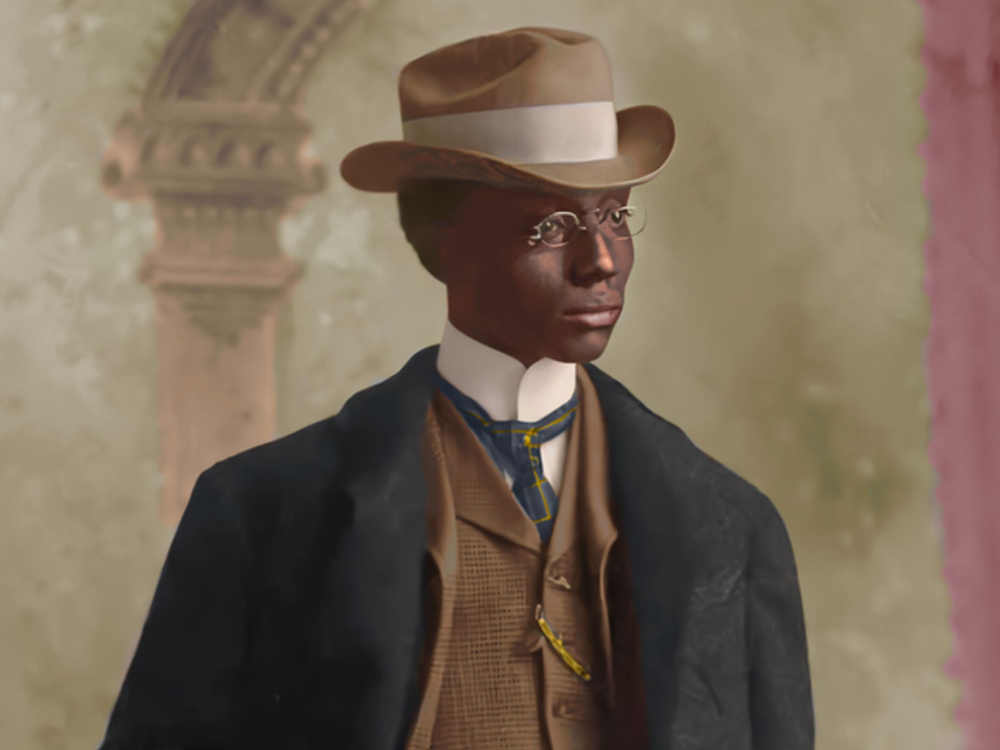 Photo courtesy of the Tennessee State Library and Archives

B.C. (Buck Colbert) Franklin was the son of a Black father and mixed mother of Choctaw and African ancestry. During his life, he was an attorney, rancher, newspaper publisher, postmaster general, and writer. After practicing law in Ardmore and Rentiesville, Oklahoma, he moved to Tulsa in early 1921. His law practice –  I.H. Spears and T.O. Chappelle – called the Greenwood District, known as Black Wall Street, home. It was in that same year, that a white mob attacked Greenwood, resulting in an estimated 300 dead, mostly African Americans, and the destruction of Black homes and businesses. This would be known as the Tulsa Race Massacre.

After the massacre, the Tulsa City Commission passed a fire ordinance that prevented Black residents from rebuilding their property. Franklin took the city to trial and argued against the ordinance. Franklin went before the Oklahoma Supreme Court and won the case. Greenwood residents could now rebuild. Franklin’s eyewitness account of the Tulsa Race Massacre is currently sitting in the National Museum of African American History and Culture. His firsthand account of the massacre is pivotal in understanding a tragedy that was once “suppressed history.” B.C. Franklin’s son, the late famed historian John Hope Franklin, and his grandson John Whittington Franklin preserved his legacy in the book My Life and an Era: The Autobiography of Buck Colbert Franklin.

“This is true today and will continue to be true to the end of time: that most great issues are moral, not political; are human, not racial; that the statesman can never be displaced by the politician without harmful dislocations of natural evolutionary processes; and that the entire world is both mentally and spiritually ill today because of this derangement.” – Buck Colbert Franklin