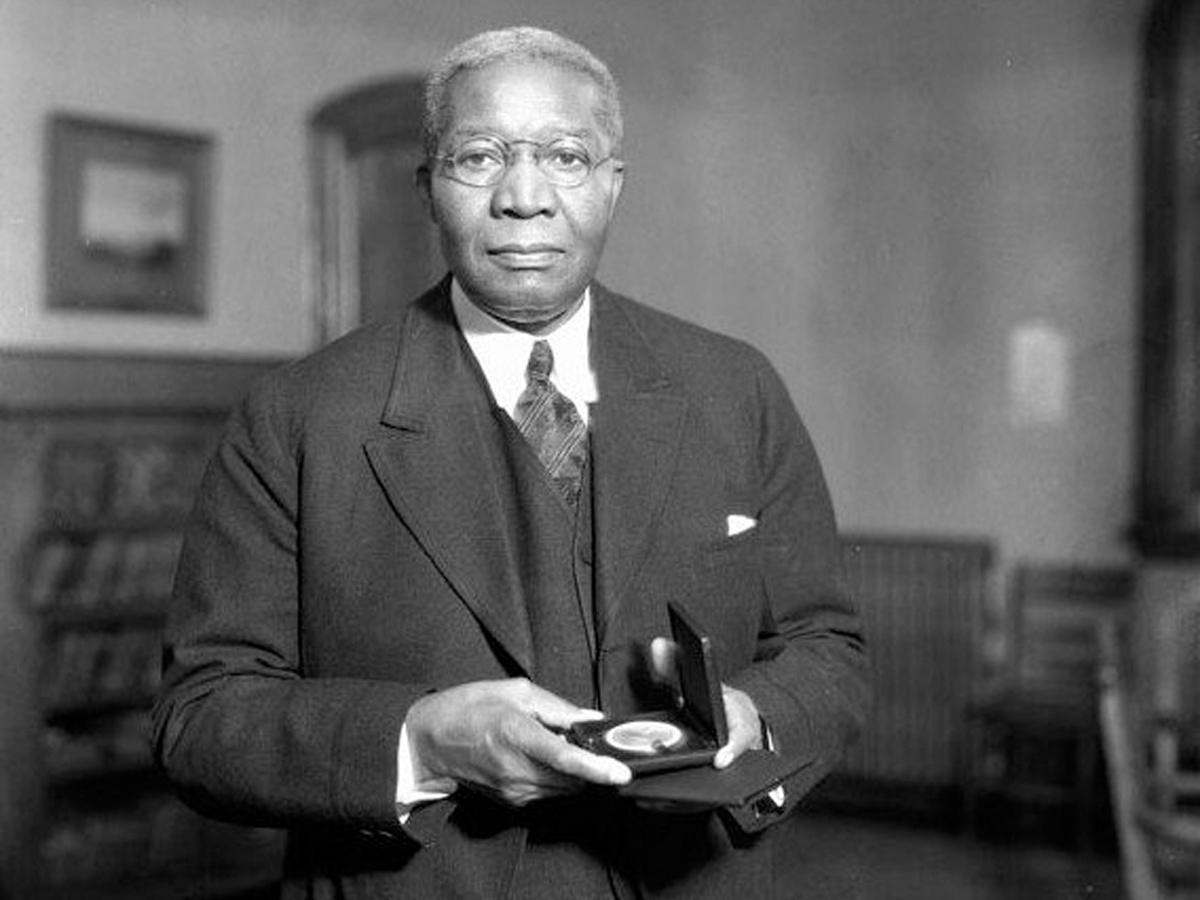 Dr. Robert Russa Moton believed in the upward mobility of black people through education. The son of former slaves, he grew up in Prince Edward County and graduated from Hampton Normal and Agricultural  Institute (now Hampton University). He became president of the Tuskegee Institute (now Tuskegee University) after Booker T. Washington. Just like his predecessor, Dr. Moton believed that education would uplift blacks economically and that cooperation between black and whites could be achieved in America. While he believed in vocational education like Washington, Dr. Moton implemented a liberal arts curriculum, created new facilities, improved the quality of the faculty and administration, and established a four-year college program. He was a private advisor on race relations to a number of U.S. presidents, earned honorary degrees from Harvard and Howard, amongst others, and received the NAACP’s Spingarn Medal for outstanding achievement by an African American.

After his passing in 1940, his legacy lived on. In 1941, Moton Field in Tuskegee, Alabama, was named after him. Robert Russa Moton High School in Farmville, Prince Edward County, Virginia, was the site of a student strike in 1951 led by 16-year-old Barbara Johns. The strike played a significant role in the landmark U.S. Supreme Court decision Brown v. Board of Education (1954), which led to the desegregation of the nation’s education system. The school is now the Robert Russa Moton Museum, a museum dedicated to the fight for civil rights. His retirement home, Holly Knoll, in Gloucester, Virginia, served as a refuge for many civil rights leaders in the civil rights movement. Today, Holly Knoll is the site of the Gloucester Institute, a nonprofit that serves today’s brightest young leaders. The Gloucester Institute continues to serve as a ray of hope by fostering a new generation of black leaders that freely discuss ideas and go out into the world to implement real social, economic, and political strategies that improve the African American community.

“Let us…with malice toward none, with charity for all, with firmness in the right as God gives us to see the right—let us strive on to finish the work which he so nobly began, to make America the symbol for equal justice and equal opportunity for all.” – Dr. Robert Russa Moton