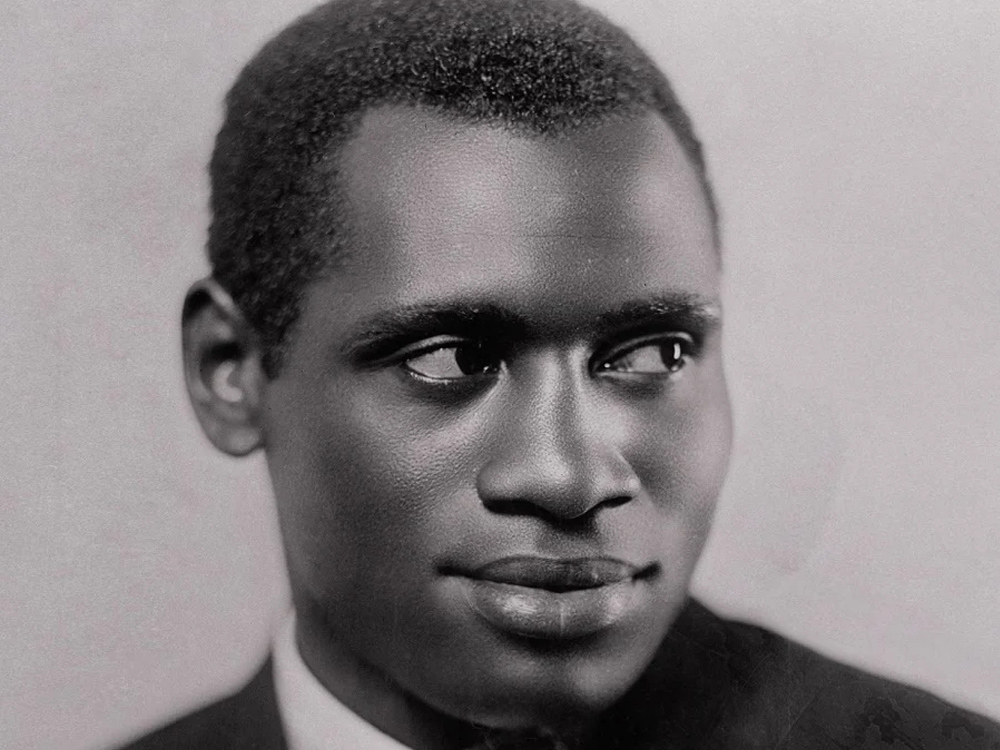 Paul Robeson was an All-American athlete, scholar, baritone, stage actor, and social activist. The son of an escaped slave, Robeson won 15 varsity letters in football, baseball, basketball, and track at Rutgers University. He graduated valedictorian and went on to law school at Colombia University in the early 1920s. While working at a law firm, Robeson felt his talents were better suited to dedicating his life to promoting African American history and culture in the arts. In his film and stage roles, he portrayed a dignified Black man who had humanity. Leading roles in the film The Emperor Jones and the stage production of Othello (both London and Broadway productions) cemented Robeson as a powerful force and inspiration for future Black actors. The Emperor Jones distinguished Robeson as the first African American leading man in mainstream movies and Othello distinguished Robeson as the first Black American to play the title role on Broadway.

As he traveled through the US and to Europe and beyond to put on concert performances, he aligned himself with labor, civil, and anti-colonial movements. His rendition of “Ol’ Man River” became a song of protest and solidarity with working-class people around the world. Because of this, Robeson was seen as an ideological threat by the US government. In 1950, his passport was revoked.  The fight for Justice cost Robeson his health. It wasn’t until 1958 that his passport was reinstated. While he continued his fight for justice and peace, Robeson retired from the public eye in 1963, and on January 23, 1976, in Philadelphia at the age of 77, he passed away. Robeson lived a life of dignity and courage that should serve as an inspiration for those who refuse to flinch in the face of injustice.

“As an artist, I come to sing, but as a citizen, I will always speak for peace, and no one can silence me in this.” – Paul Robeson