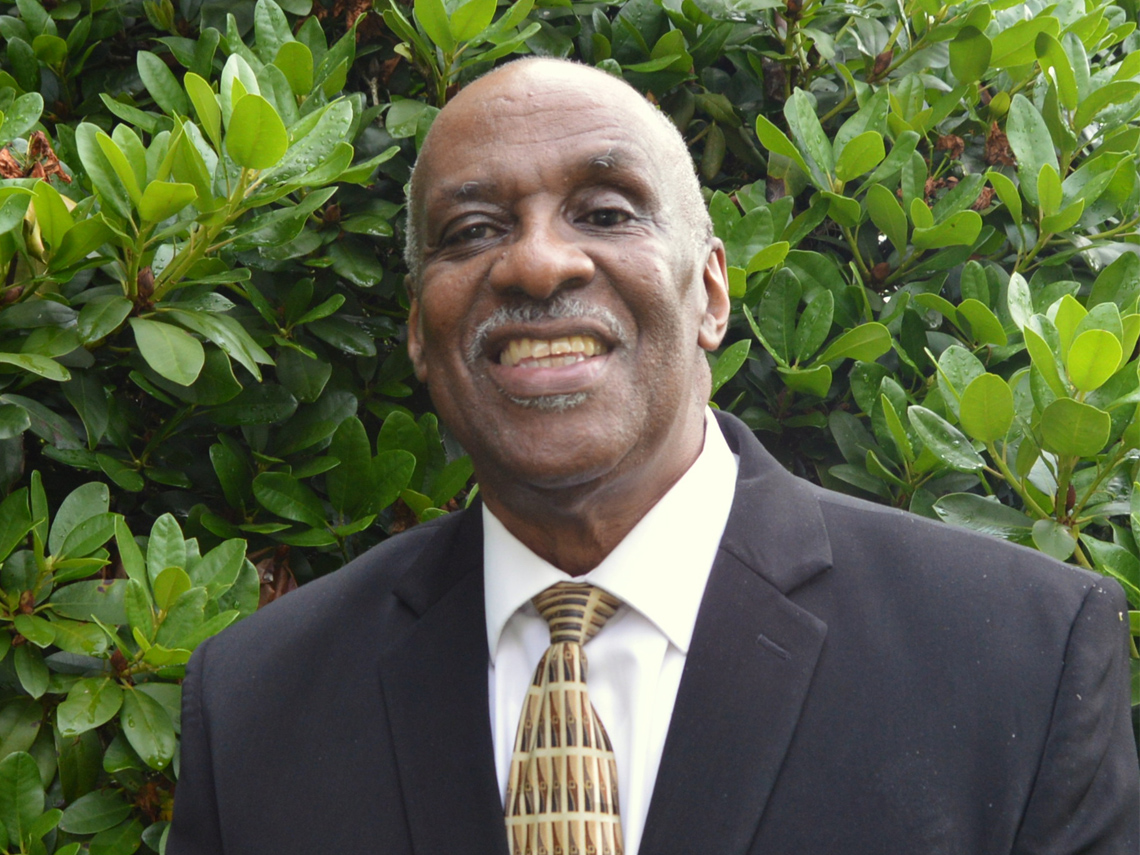 Photo courtesy of William A. Fields

Artist William A. Fields’ upbringing in Chilhowie, Virginia, influenced his outlook and appreciation of life. He went to the Carnegie High School in Marion, Virginia, where each year the Smyth County School District would put on an annual music and cultural arts festival.

The festival was one of the only times in the segregated school system black and white kids would interact with one another. He remembers his first grade teacher, Ms. Evelyn Thompson Lawrence (better known as Ms. Thompson), who taught the racially mixed assembly to respect and love each other. Between his family, community, and school is where William found his artistic appreciation. In 1969, he graduated from the newly integrated Chilhowie High School and went on to study at the Virginia Art Institute in Charlottesville, where for the first couple of years, he was the only black person in his class.

Years later after dropping out of art school, William worked as a temporary arts and crafts instructor at Blue Ridge Job Corps Center and eventually became the student government advisor and leadership coordinator. He retired in 2016. For 31 years he helped young people, mainly young women, find job opportunities and overcome their personal struggles. It was not until 2008 that he started seriously placing his art in exhibits. He stopped at the Appalachian Spirit Gallery when artist Ned Johnson, who William had admired for years, approached him. He knew William was into leatherwork. He was so impressed that he encouraged William to put some of his artwork in the gallery. William replied that he didn’t have much time to do his art with his family and job. Ned told him, “One day you are going to have to give an account to the Lord of why you are not using your talent.” His words stuck with him.

At the time, he had an exhibit at the local library that showcased black and white photos of the black citizens who lived in the area, as well as some of his paintings. William ended up having an exhibit at the Appalachian Spirit Gallery by the end of the year. William then entered a couple of paintings in an art show at the Crossroads Gallery in Richmond, Virginia. His painting Old Faithful won third place. The exhibition juror, who didn’t even know the title, praised his painting: “The exaggerated patterning of the clothes and the characterization of his subjects reflect a vision that is unique and comes from a place deep inside…this is clearly one of the most personal approaches to painting that I saw.” Today, William is the executive director of the Mount Pleasant Preservation Society Inc., in Marion, Virginia. Ms. Evelyn Thompson Lawrence founded the organization to highlight and showcase the contributions of African Americans from the local community and the world. A man of faith, William paints to inspire and uplift others. The poem below is a loving letter to those we care for the most. William wrote the poem many years ago and shared it for the first time at his mother’s funeral.

“Thinking Of The Things We’ve Shared, Reminiscing About The Past, I Wonder Why We Treasure Most, The Things That Never Last!” – William A. Fields

To learn more about William A. Fields and his work, visit the website roundthemountain.org.